French Baguettes – A Thing of Beauty

The Perfect Loaf of French Bread

Bakers often strive to make a beautiful loaf of French Bread. Whether it be to provide their customers with a quality product or to showcase their skills as an accomplished baker. Either way, producing a great baguette requires a combination of skill and understanding.

When evaluating a quality baguette there are a number of characteristics to look for. Does the baguette have nice volume and a golden brown color? Is it shaped properly, with nice pointed ends? Also very important is the crumb. Does the crumb have a nice open texture filled with many irregular sized holes? Does the crumb have a creamy color with a shiny texture? Don’t forget the crust! Does the baguette have a crispy, yet not too thick crust that crackles when you bite into it? In this entry we are going to shed some light on the process for making a beautiful looking and tasting baguette.

The first thing to take into consideration is the choice of ingredients. Only 4 simple ingredients are used; flour, water, salt, and yeast. We start with high quality bread flour. Our flour is unbleached and unbromated with 11.75% protein made from 100% red winter wheat. We chose this flour based on its quality and the protein percentage, which is necessary to provide strength to the dough but also to allow elasticity for shaping and volume during baking. The next ingredient is water; but we don’t complicate things, we just use straight tap water. Although some people like to use filtered water to insure no impurities. Either is fine. For the salt, we use fine sea salt. This insures that the salt will dissolve nicely into the dough and give a natural flavor. For the yeast we use dry yeast. This can be interchanged with fresh yeast as long as the proper conversion of weight is used between the two. All of these ingredients are key in making a nice baguette.

Our process begins one day before we actually bake our baguettes by making a poolish. This is a Polish preferment which consists of a portion of flour, water, and yeast from the final dough. The poolish is mixed ahead of time, up to 18 hours prior to the final mix. This will enhance the flavor by starting fermentation ahead of time. It also will help with achieving a better volume and a nice open crumb structure.

The mixing process is also very important. When mixing, you want to achieve a dough that is developed enough to give strength, but also not over mixed to the point of oxidation which will give you a tight crumb that will look pale after baking. We achieve a nice mix by using the autolyse method. This requires holding back the salt from the initial mix. The dough is mixed on low speed to fully incorporate flour, water, and yeast and then let rest for 15 minutes. During this time the gluten strands will naturally bond creating strength to the dough. Also this allows for greater water absorption by the flour during the rest time with no salt, because salt is hygroscopic. After salt is added the mixing in complete. By using this method it also allows for less mixing time required which improves the quality of the bread.
Next, after mixing we have a nice bulk fermentation of an 1:30 during which we fold the dough once in order to strengthen the dough, release some of the gas, distribute the heat that the dough builds up over fermentation.

Following bulk fermentation we divide the dough. A baguette typically is scaled anywhere from 300g to 450g. We used a hydraulic divider to speed the process up a bit. Following dividing we give a oblong preshape that resembles the final shape of our baguette. Next, another short rest period takes place to relax the dough before using a baguette moulder to complete the shaping. The baguettes are than proofed in couche linen for an extended period of time, depending on the ambient environment of the room as well as the temperature of the dough. I prefer a long slow fermentation in order to allow for nice crumb structure and flavor.

Then to the oven! It is helpful to work with a stone hearth oven that injects steam in order to get great oven spring when baking your baguettes. Scoring your baguettes properly makes them visually appealing and allows the bread to expand nicely. After your baguettes have baked and cooled it is time to check your results. I always like to slice a baguette right down the middle in order to see the crumb structure of my finished product. Than its time for the taste test!

Poolish must be prepared 18 hours in advance of making your final French Bread dough. 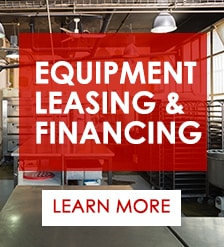 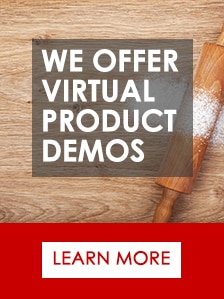